Sign up for Newsletter
ADVERTISEMENT
IN PARTNERSHIP WITH
Vanderpump Rules

Everything We Know About ‘Vanderpump Rules’ Season 9 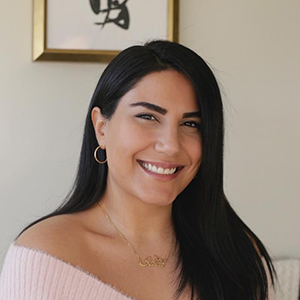 After months of speculation about the future of Vanderpump Rules, Lisa Vanderpump’s team of chaotic friends and employees are coming back to our screens. Ready to serve drama and goat cheese balls, season 9 is expected to look a lot different than seasons past. We will be seeing some major changes amid last year’s scandals involving a number of the OG cast.

Vanderpump Rules returns to Slice September 28 at 9PM. Let’s take a look at everything we know about season 9.

Both OGs and newcomers have been axed, with little possibility of a return

Last summer, many cast members were rightfully faced with the consequences of their not-so-distant past. It was confirmed then that Stassi, Kristen, Max, and Brett would not be returning after racist comments and accusations were made by former Sur-vers on Twitter. It has also been confirmed that Jax and Brittany will also not be returning for season 9, and that Dayna Kathan is also out. What Jax will do without being “the number one guy in the group” remains unseen.

Some of your favourite OGs will, however, be making a return

While we know the cast will include some new fresh faces, fan favourites will also be making a return. In addition to the queen of Sur, Lisa Vanderpump, the current returning cast includes Tom Schwartz, Katie Maloney-Schwartz, Tom Sandoval, Ariana Maddix, Scheana Shay, Lala Kent, James Kennedy, and Raquel Levis.

While the cast shakeup was necessary, and the fired cast members won’t be seen on the show any longer, their existence is not going to be completely erased from the plot. Lala Kent is on record saying that they aren’t going to pretend like the events of last summer never happened, and the fired cast will be mentioned in the show.

Related: The most iconic ‘Vanderpump Rules’ moments ever.

There will (always) be feuding

What’s Vanderpump Rules without a feud between good friends? Rumour has it that this season will see Kent in scuffles between both Scheena Shay and Ariana Maddix. Of course, in true Lala nature, we should probably also expect an unexpected reconciliation between her frenemies too.

Related: Here’s what Lisa Vanderpump has been up to since leaving ‘RHOBH.’

We will see the cast venture through the spring and summer

It’s been confirmed that filming began in the spring, with Bravo announcing that the series commenced filming with new protocols in place in early May.

Related: Before ‘Vanderpump Rules’: Lala Kent through the years.

Lisa Vanderpump has promised us crispy chicken and drama

The SUR matriarch is on record speaking about the cast, saying that the effects of the pandemic and the lockdown are clearly shown, and that their pent-up energy comes out on each other. In her own words: “Give me anything, but don’t give me boring.”

Related: Every moment leading up to Lisa Vanderpump leaving ‘RHOBH.’

Tom Tom may be the way of the future

With so much scandal and shakeup surrounding Vanderpump Rules and SUR, it’s been speculated that the next step is to move on and focus on Tom Tom in it’s own show. Typically transitions like this will see teasers in the existing show, kind of like how the Vanderpump Rules cast was first teased in The Real Housewives of Beverly Hills.

Related: What is Lisa Vanderpump’s net worth and how does she make her money?

Filming is wrapped, and the season will air shortly

With James and Raquel’s engagement party came the end of filming for season 9. It’s been confirmed that season 9 is a wrap, and that we can expect to see the new and old gang very soon. So, get ready for some major changes (namely, babies) as well as some usual behaviour by the erratic and hilarious cast soon.

Related: 10 reasons why Tom Schwartz and Tom Sandoval have the best bromance ever.

Watch the season 9 premiere of Vanderpump Rules Sept. 28 at 9PM, and stream all your favourite Slice shows through STACKTV with Amazon Prime Video Channels, or with the new Global TV app, live and on-demand.

These are the Most Popular Halloween Costumes in Canada This Year

Some costumes are giving 'Squid Game' a run for its money.
Laura Grande

Queen Elizabeth Turns Down ‘Oldie of the Year’ Award

For the queen, age ain't nothing but a number.
Natalie Harmsen

All the Dog Breeds the Royals are Obsessed With, Beyond Corgis

If you'd thought the House of Windsor was only about corgis, you'd be wrong.
Laura Grande

The ‘Winter House’ Trailer is the Summer...

In this house, nothing's hotter than winter.
Tracey Moore

The Most Popular Dog Halloween Costumes Right Now, According to...

Get them before they're gone.
Dragana Kovacevic

10 Best Foods to Eat Before and After Sex, and 5 Foods to Avoid

Yes, what you eat impacts how you perform between the sheets.
Dragana Kovacevic

21 Celebrities Talk About Social Media Anxiety and Why They Quit...

It's no wonder these stars have logged off.
Ashani Jodha