Just two weeks after his divorce from RHOA Housewife Phaedra Parks was finalized, Apollo Nida is already engaged to be married.

The Real Housewives of Atlanta star has popped the question from behind bars, where he is currently serving an eight-year sentence for fraud and identity theft.

If that weren’t salacious enough, Apollo reportedly started dating his new fiancée two years ago, right around the time Phaedra had filed for divorce. And, according to TMZ, Apollo’s mystery fiancée has filmed scenes for this season of The Real Housewives of Atlanta.

TMZ has reported the show’s cameras captured the woman speaking to Apollo on the phone from inside prison. While she and Phaedra have not filmed any scenes together, the cameras did catch Phaedra’s reaction when she learned about the relationship.

The woman reportedly lives in New Jersey near FCI Fort Dix, the prison where both Apollo and Real Housewives of New Jersey star Joe Giudice are currently serving their time. According to TMZ, Apollo’s fiancée visits him twice a week in prison but does not have an engagement ring.

As fans have seen on season nine of The Real Housewives of Atlanta, Phaedra was reluctant to date until the divorce was finalized – which didn’t seem to phase Apollo. On the show, Phaedra opened up to Porsha about the divorce, claiming it was a long, drawn-out process because Apollo did not want to get a divorce.

Shortly after finalizing the divorce, Phaedra told People when she starts dating, she’ll be looking for a man who will fit in with her family. She and Apollo have two sons, Ayden, 6, and Dylan, 3. She has yet to take them to visit their father in prison.

“If I date someone, they have to date all three of us,” she said. “We’ll be a foursome — me and my two kids and him. It has to be a whole family affair.”

“At this time, that’s not really my top priority. My priority is making sure they’re okay,” she said. “I think dating is in the bright near future, but it’s got to be someone who’s definitely a really good guy. I can’t have any crazy at this point in my life.”


Phaedra and Apollo were married in November 2009, just a year after Apollo was released from a previous six-year sentence for car theft charges. The next year, Phaedra became pregnant with Ayden and joined the cast of RHOA.

In January 2014, Apollo was charged with laundering $2.3 million and stealing the identities of over 50 people. According to the police, Apollo created fake businesses to gain access to databases he used to collect identities and money, including retirement checks.


Rumours followed that Apollo had cheated on Phaedra, though he swiftly denied them. Later that year, Apollo pled guilty and was sentenced to eight years in prison.

Phaedra filed for divorce shortly after Apollo reported to prison.

While the RHOA star has yet to comment on the news of Apollo’s engagement, she recently spoke positively of her ex, telling ABC News there will always be a place for him in her heart.

“I’ll always love him because he’s the father of my children so I can never be regretful of that because out of our union came these beautiful awesome kids,” she said. “But as far as being in love with him romantically, I’m definitely not at that place in my life anymore.

Missed an episode of #RHOA? Catch up now in our video centre.

1.
I Married My High School Sweetheart, and This is What it’s Really Like
Rebecca Burstein
2.
I Dyed My Hair During the Pandemic and This is How it Went
Slice Staff
3.
This Facial Expression May Signal You’re Flirting, According to a New Study
Dragana Kovacevic
4.
This Sleep Aid may Actually be Doing More Harm than Good
Dragana Kovacevic
5.
8 Ways to Embrace Your Beauty, Love Your Body and Feel More Confident
Alexa Keeler
ADVERTISEMENT 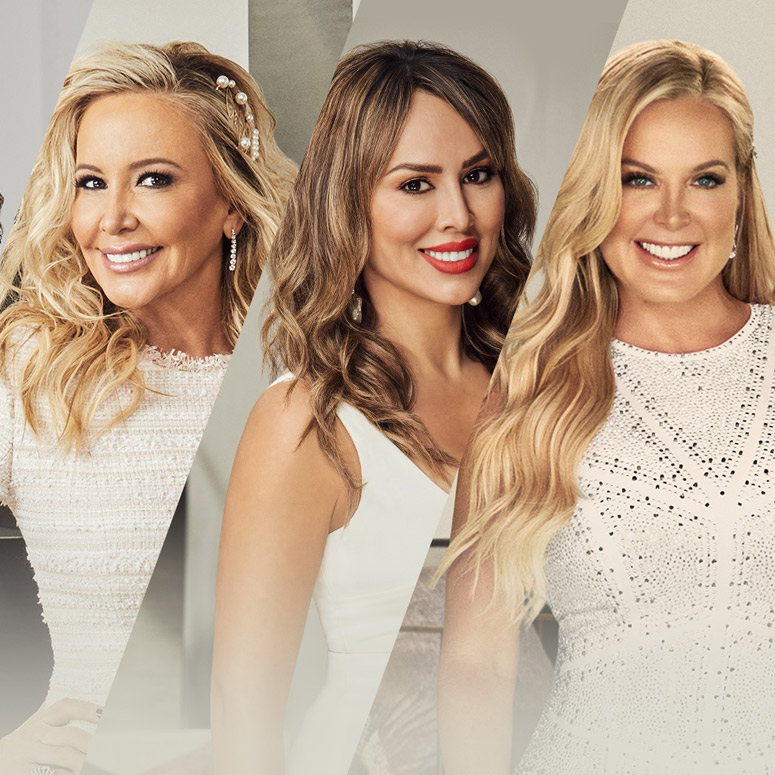 What is the Net Worth of The Real Housewives of Orange County?

From side hustles to long careers, find out how the OC ladies make their coin – and what they're estimated to be worth.
Russ Martin 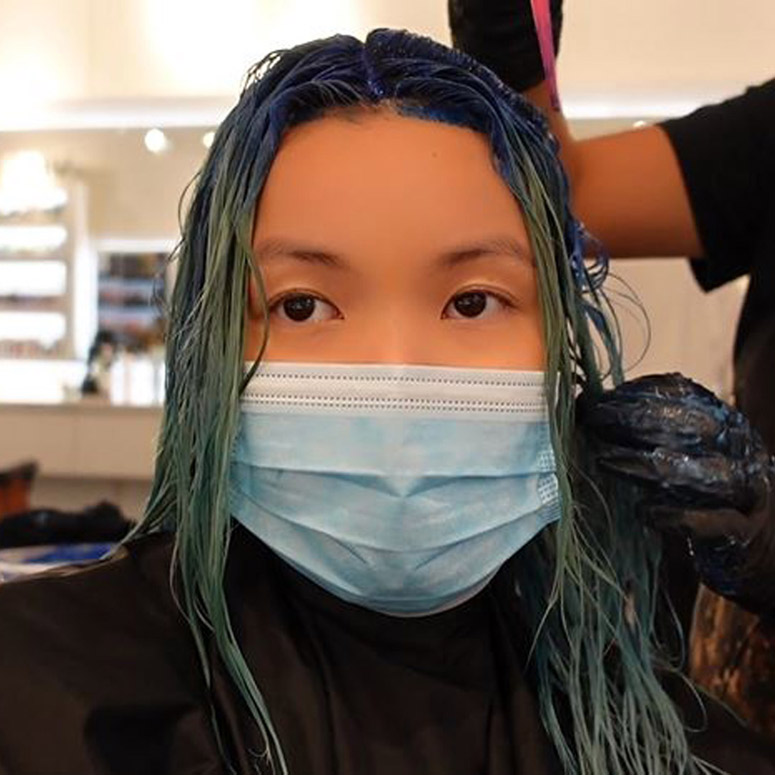 Slice's Nina Huynh takes us to her go-to Vancouver hair salon as she adjusts to the 'new normal.'
Slice Staff 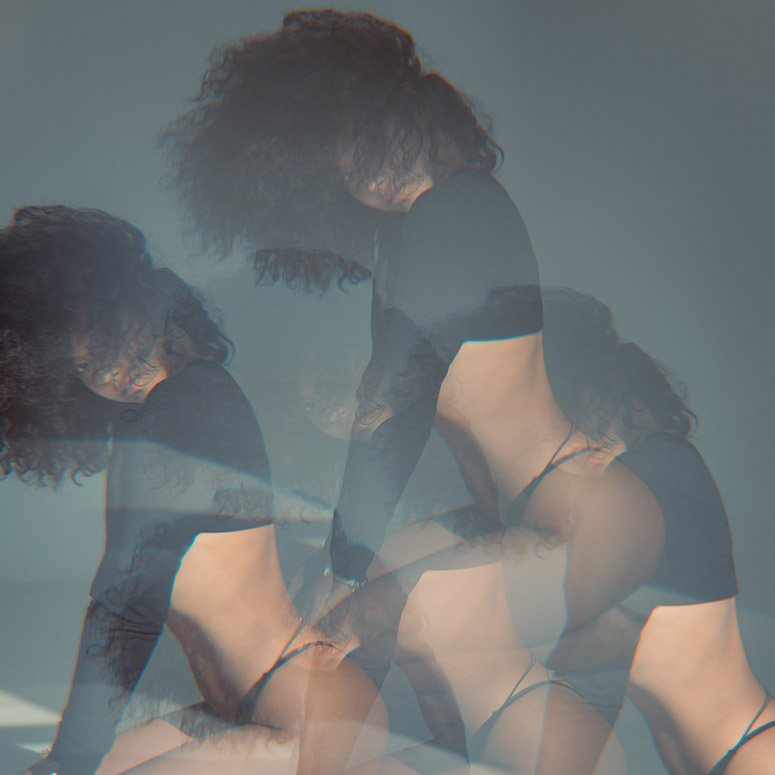 November 2020 Horoscopes: What the Stars Have in Store for Your Love Life and Career

#ScorpioSzn is upon us! Read on to discover your November 2020 monthly horoscopes.
Michelle Perrin 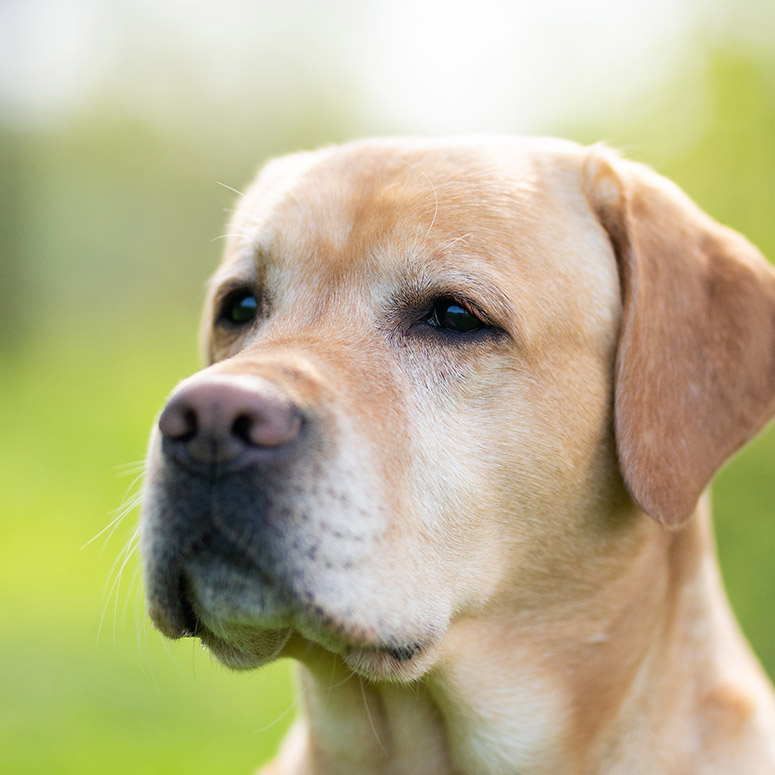 A Canadian Dog has Been Diagnosed With COVID-19

As if the COVID-19 couldn’t be any more of a jerk, it’s now been confirmed in a Niagara-area pooch.
Dragana Kovacevic 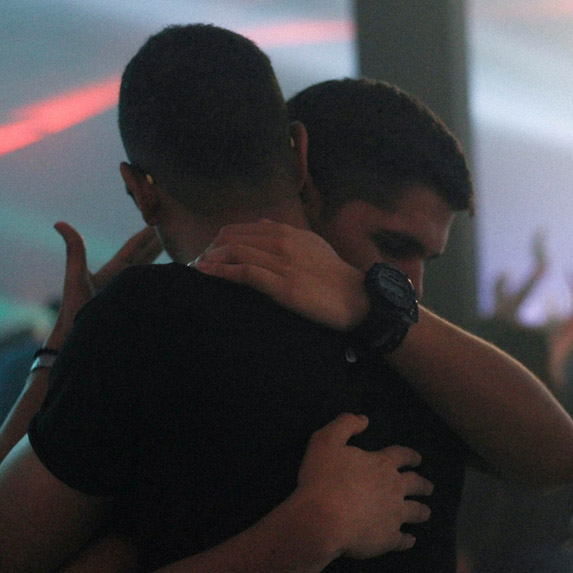 Toronto Slang and Where it Actually Comes From

From “ting” to “bucktee” and beyond, we’re talking about Toronto slang — what it means and where it comes from.
Slice Staff 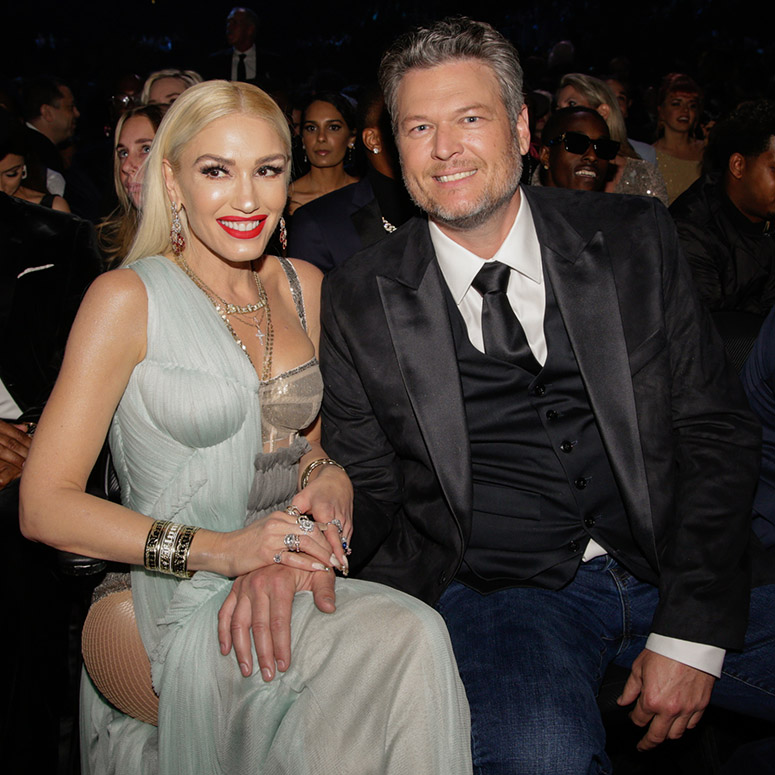 Celebrity Couples Who Got Engaged in 2020: All the Stars Getting Married

These celebrity couples are starting the new decade off romantic with these sweet engagements.
Chloe Tse 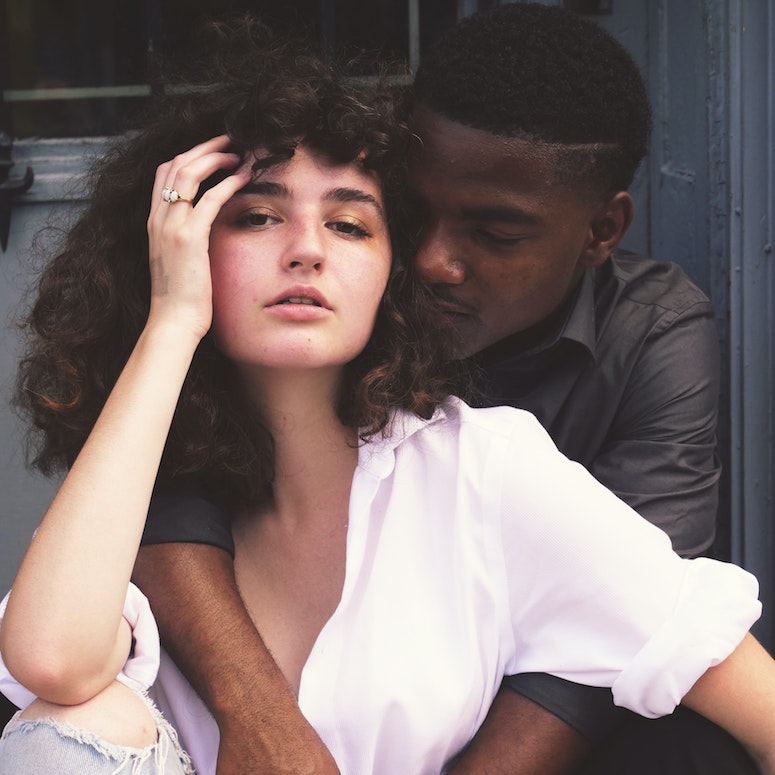 Honesty vs Transparency: How Truthful are You?

Is it better to be honest or transparent in a truthful relationship? One expert breaks it all down.
Amber Dowling 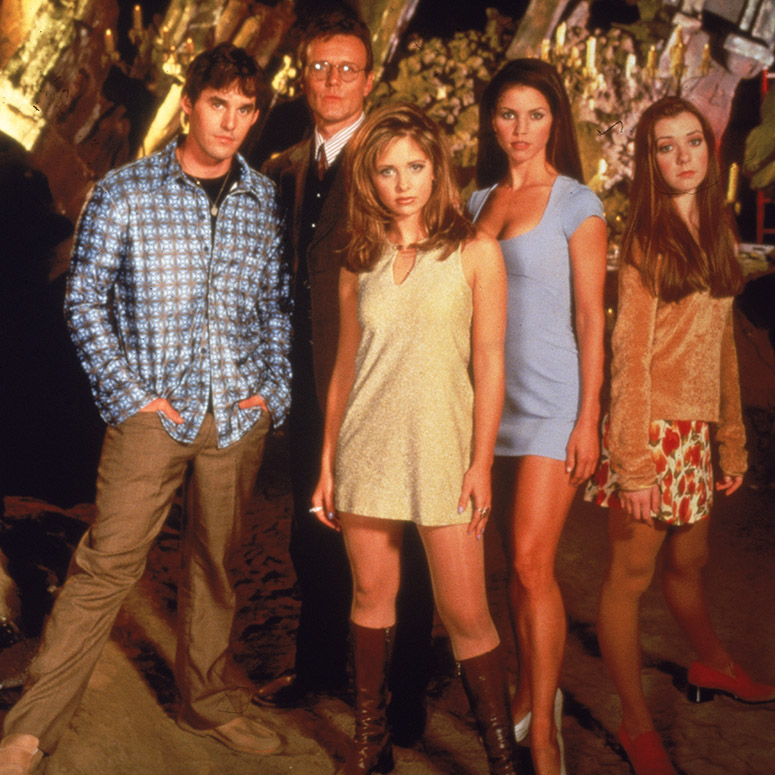 Best Amazon Prime Shows to Binge With Your Friends This Fall

Can't decide what shows to binge this fall with your friends? Here are 20 series available to stream right now on Amazon Prime Video.
Melissa Girimonte 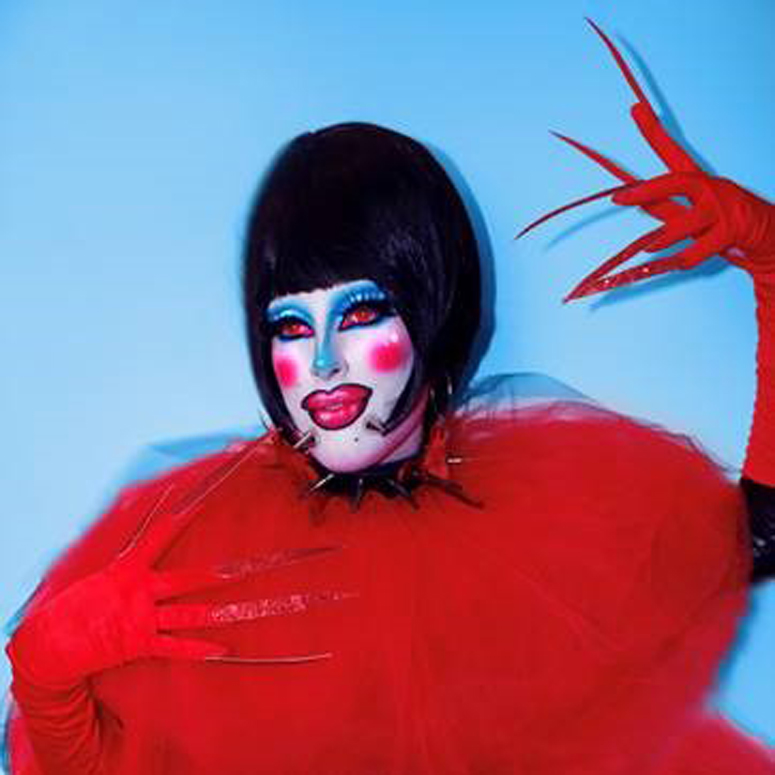 9 Makeup Must-Haves, According to a Drag Queen