10 Young Indigenous Women Leading the Way for the Next Generation

While resilience, resourcefulness, and leadership among Indigenous peoples is nothing new, meet the 10 Indigenous women leaders trailblazing their way to a better tomorrow, today. Whether in the realm of the environment, education, beauty, fashion, media, Indigenous cuisine, and beyond, these women are affecting change, pushing for a more just world, and leading the way for future generations. 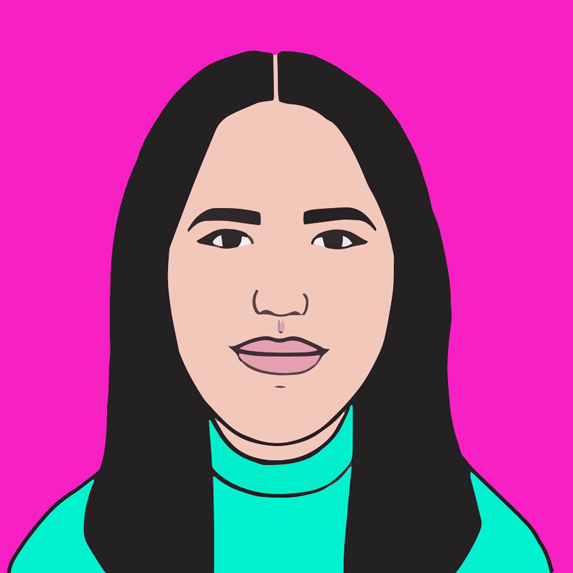 Documentary filmmaker Cree, Metis, Haudenosaunee Asia Youngman’s films have premiered in a variety of film festivals, including the imagineNATIVE Film and Media festival, the Toronto International Film Festival, and the Vancouver International Film Festival. In addition to her roster of documentaries, including Lelum’ and her latest This Ink Runs Deep (both award-winning), Youngman works to amplify Indigenous youth voices and to promote more authentic representation and storytelling. She recently started her own production company Visceral Village Productions to help better support underrepresented voices and to maintain sovereignty over Indigenous stories. While Youngman’s focused on documentary storytelling, she will also be expanding to include fiction.
See also: 10 accidental microaggressions you might be making everyday. 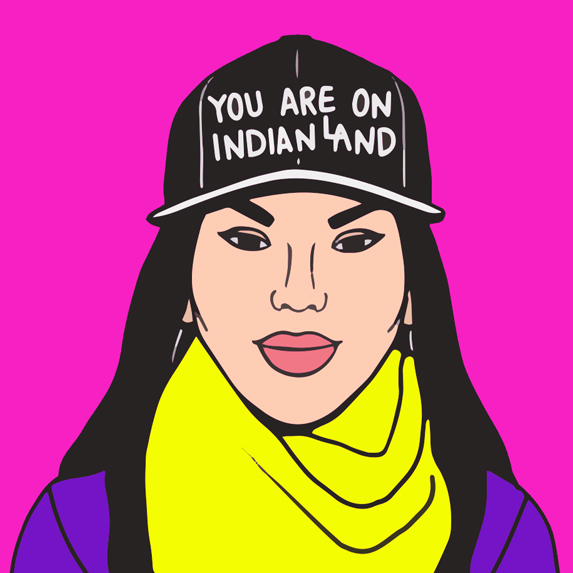 Decolonial educator, academic, activist Pipil/Maya and Irish/Scottish Nikki Sanchez is a multifaceted Indigenous media maker and environmental educator, with a diverse approach to creating equity and justice. She has a close connection to the Nuu-chah-nulth territory of Clayoquot Sound and was named the David Suzuki Foundation’s ‘Queen of Green’ for her work in environmental journalism (she is vocal about Wet’suwet’en and other land disputes, globally). Sanchez is working on her Ph.D. with a focus on emergent media and the Indigenous lens, and she also holds a Master’s degree in Indigenous Governance, but it doesn’t stop there. She designed and directed an Indigenous storyteller program, providing funding and mentorship to 30 emerging Indigenous filmmakers in BC and Alberta, and she co-created and produced a critically-acclaimed, award-winning 8-part documentary series entitled RISE highlighting global Indigenous resurgence. She is a TEDx speaker highlighting why “Decolonization is for Everyone”, and the creator and director of Decolonize Together – a collective of Indigenous women working to decolonize the school curriculum.
See also: Defunding the Police: what it could mean for mental health in Canada. 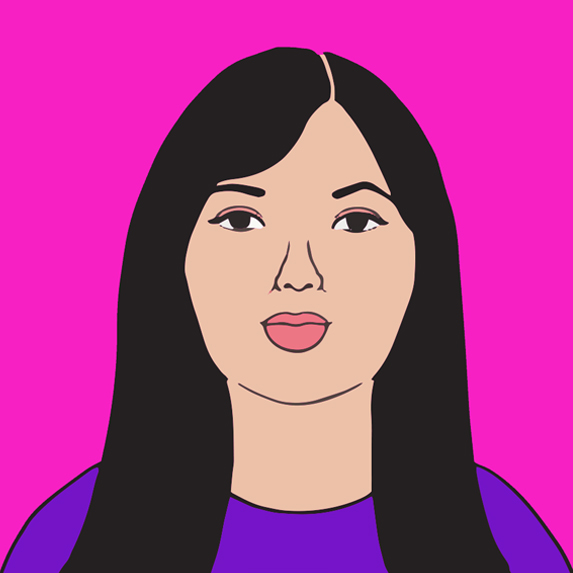 Lesley Hampton identifies as a ‘third culture kid’. Having spent her formative years in Canada’s Arctic and Atlantic, Australia, England, Indonesia and New Caledonia, she also defines herself through her Indigenous heritage. Her careful sensitivity to and passion for socio-cultural concepts shows in her designs, which couple with social purpose (just see her 2SLGBTQQIA Jingle Jacket honouring MMIWG2S – the many Missing and Murdered Indigenous Women and Girls and 2-Spirit People). Hampton’s brand was founded with the principles of inclusivity, identity, awareness and heritage at its centre. Her Eighteen Seventy Six line (so named for the year the Indian Act was introduced) featured an all-Indigenous model crew at the Toronto Fashion Week. While she has focused on evening-wear and occasion-wear, Hampton is presently also working on an athleisure line. 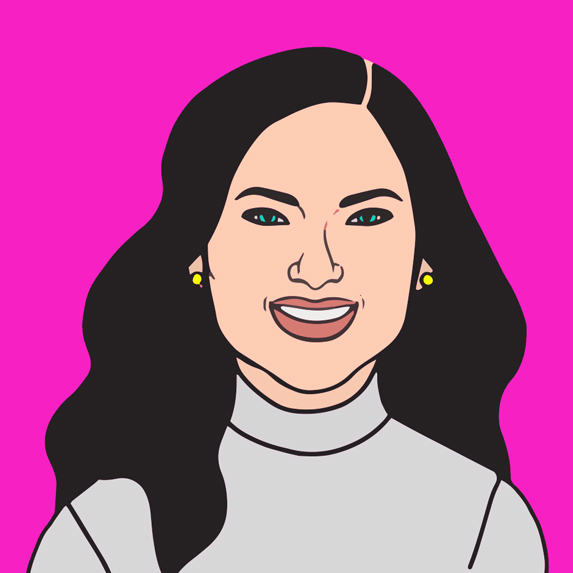 In addition to having over 10 years of experience in the field of social services, Nadia George is an award-winning Mi'gmaq actor, as well as an Indigenous rights and youth advocate. She pushes for positive outcomes for youth aging out of care, while her acting roles have brought attention to such critical topics as the plight of MMIWG2S (see the award-winning Her Water Drum). She is also a body-positivity advocate and an active ambassador working with the organization Influencers MotiV8, focusing on mental health and well-being through art, teaching, theatre and film. Most recently, Nadia travelled to Sachs Harbour and Aklavik, Northwest Territories to facilitate wellness, film and art workshops, working with Inuit youth and Elders to document knowledge sharing and traditions. 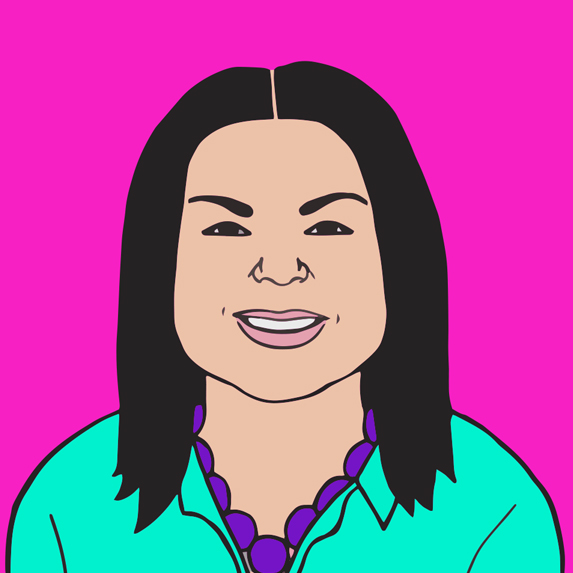 For Jenn Harper, makeup became a means of expression that holds transformative power. She started looking into brands that reflected real people (including Indigenous people), were made in Canada, that did not test on animals and that gave back to the Indigenous community. Not having found one, she took it upon herself to create it, and so Cheekbone Beauty was born. Cheekbone Beauty not only offers thoughtfully-named products that highlight Indigenous cultures, women, and experiences, but they also go towards supporting Indigenous youth, working to bridge the educational funding gap that exists between Indigenous and non-Indigenous students (yes, you read that right, Indigenous students receive less per capita than non-Indigenous students in the public school system). Harper currently lives in St. Catherine’s, Ontario and continues to speak at universities, colleges and high schools about the lasting legacy of the Residential School System and intergenerational trauma. 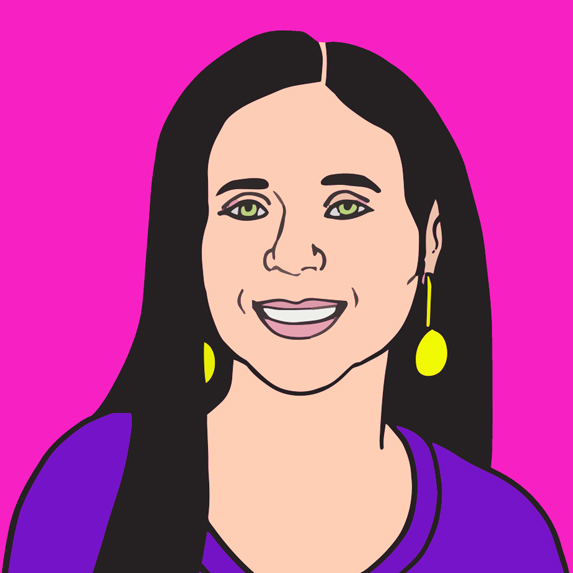 Born and raised in Winnipeg, Christa Bruneau-Guenther has spent 20 years refining her cooking skills and deepening her knowledge of Indigenous culinary traditions. She has turned this experience into a Feast Cafe Bistro – a Winnipeg West End restaurant featuring modern dishes rooted in traditional First Nation Foods (think: bison stew or bannock pizza). Bruneau-Guenther has been featured on Food Network Canada as well as other publications. 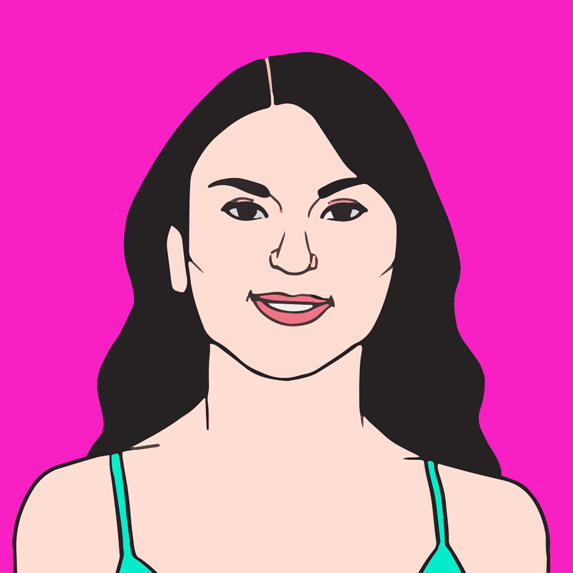 Inuit throat singer Inuit Iqaluktuutiaq, Nunavut Internationally acclaimed and award-winning vocalist, Tanya Tagaq doesn’t make ambiance music for your dinner parties. Her music is not meant to soothe. It is meant to be an honest, intelligent expression tackling difficult topics. For example, in the case of her album Retribution, these issues are rape; specifically the rape of women, the rape of land, the rape of children and the “despoiling of traditional lands without consent.” Tagaq has also folds some of her experiences as an Inuk woman into her first novel and audio book, Split Tooth, about a girl growing up in the Nunuvut in the 1970s.
See also: 11 ways to be a respectful LGBTQ2S+ ally. 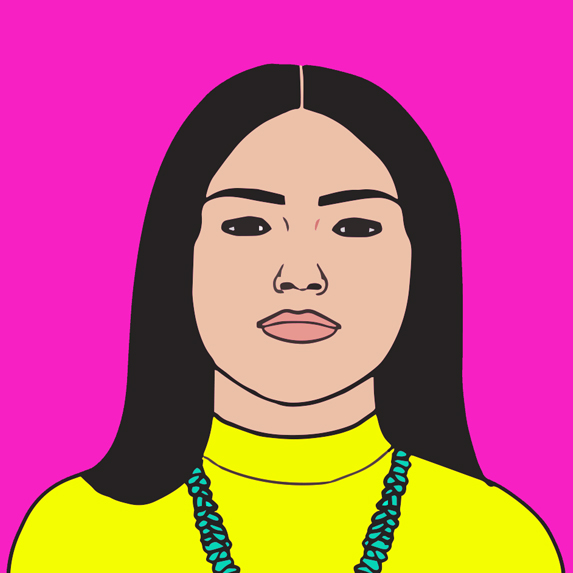 Autumn Peltier has been making waves for years for her work spotlighting the lack of clean water in Indigenous communities; while Canada is not a developing nation on paper, the living conditions for many Indigenous peoples and communities suggest otherwise, with boil water advisories persisting in some communities for over 20 years now. At 16, Peltier has already spoken twice at the UN on the issue, and was named the Chief Water Commissioner for the Anishinabek Nation, representing 40 First Nations, at only 14. She is actively pushing for having more Elders and youth at the decision table when discussing lands and waters, because, ultimately, “we can’t eat money or drink oil.” 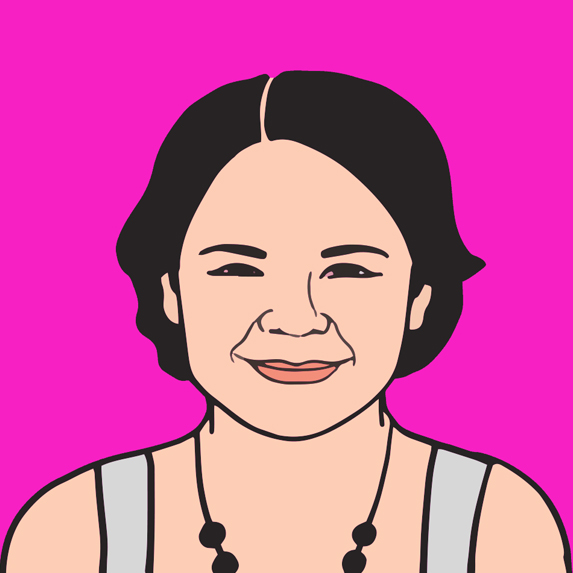 Film and television producer Anishinaabe, Muscowpetung First Nation, Saskatchewan and Ashkenazi Jewish Jennifer Podemiski had a solid acting career by the time she was 25 (you might remember the original Degrassi). But by then, she had also noticed that there was staggering inequality in who was behind the lens too. While the roles she played were Indigenous characters, she noticed that rarely, if ever, were the writers, producers or directors Indigenous themselves. Seeking to fill this void, Podemski co-launched her first production company, Big Soul Productions, which was also the first Indigenous-owned and operated, full-service production company. Since then, the award-winning actor, producer, writer, director and entrepreneur has gone on to found Redcloud Studios Inc. – an independent production company dedicated to strengthening the representation of Indigenous people in film and television (see her starring role in Empire of Dirt – a film she also produced). Most recently, for her documentary series, Future History, Podemski became the first Indigenous woman to win the Canadian Screen Award for factual TV series as director. Committed to breaking down barriers, Podemski is using her platform to encourage youth to use media to speak out and affect change.
See also: Meghan Markle and the struggle among Black women everywhere. 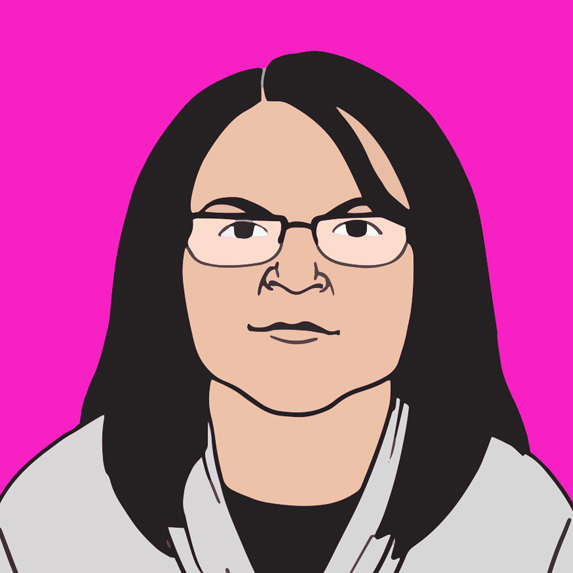 Author Haisla and Heiltsuk Eden Robinson is a well-known award-winning Haisla/Heiltsuk author from Haisla, British Columbia. Her stories and novels are gritty, sometimes described as gothic, and weave in contemporary realism with traditional narratives. They discuss lived experiences of so many Indigenous peoples, including the lasting legacy of the residential school system, industrial development and its encroachment on traditional Indigenous lands and lifestyles, as well as intergenerational trauma. Her most recent fiction, a trilogy beginning with Son of Trickster is being developed into a TV series so look out for that in the near future.
You may also like: Reading Recs: 20 books by Canadian women writers that will inspire women to be their best selves.
ADVERTISEMENT
ADVERTISEMENT
ADVERTISEMENT 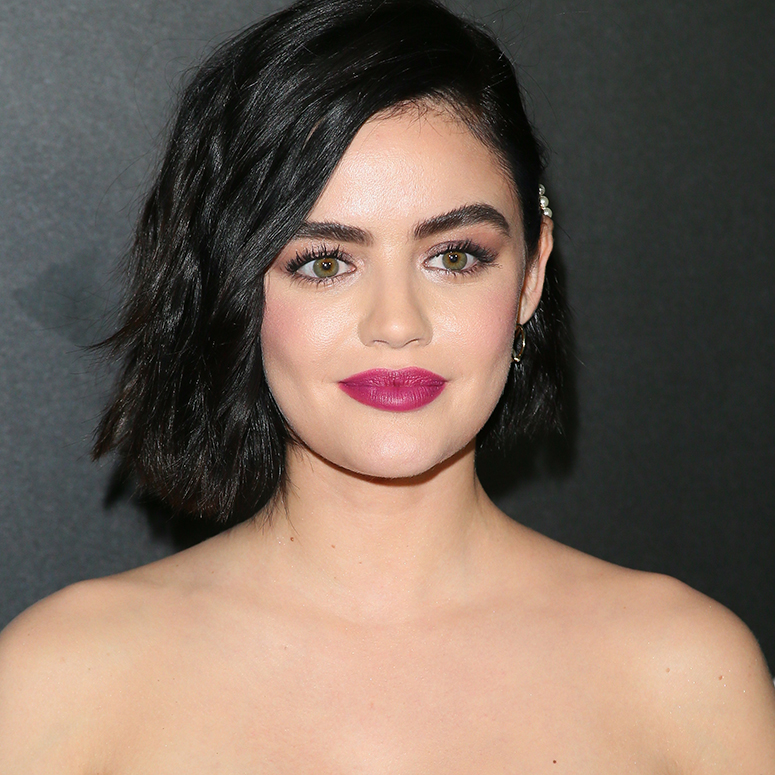 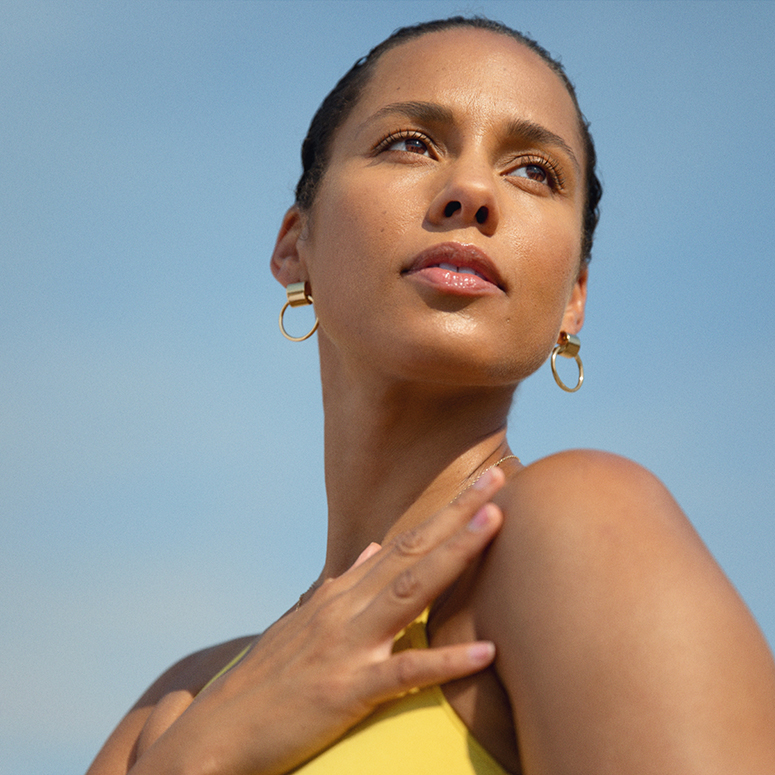 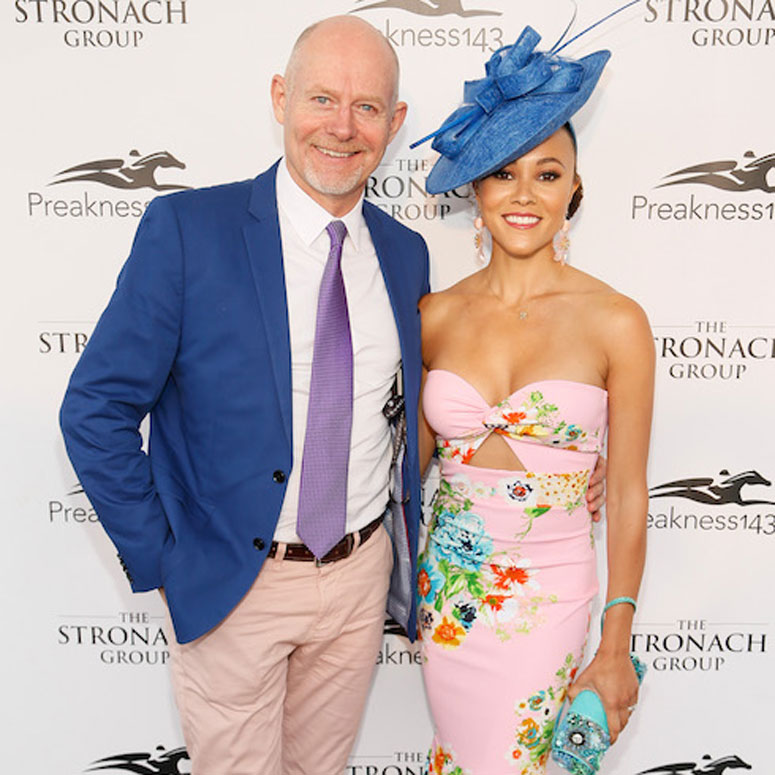 From cheating rumours, drunken nights, and several red flags in between, here are 10 signs that this couple may be headed for divorce.
Amber Dowling 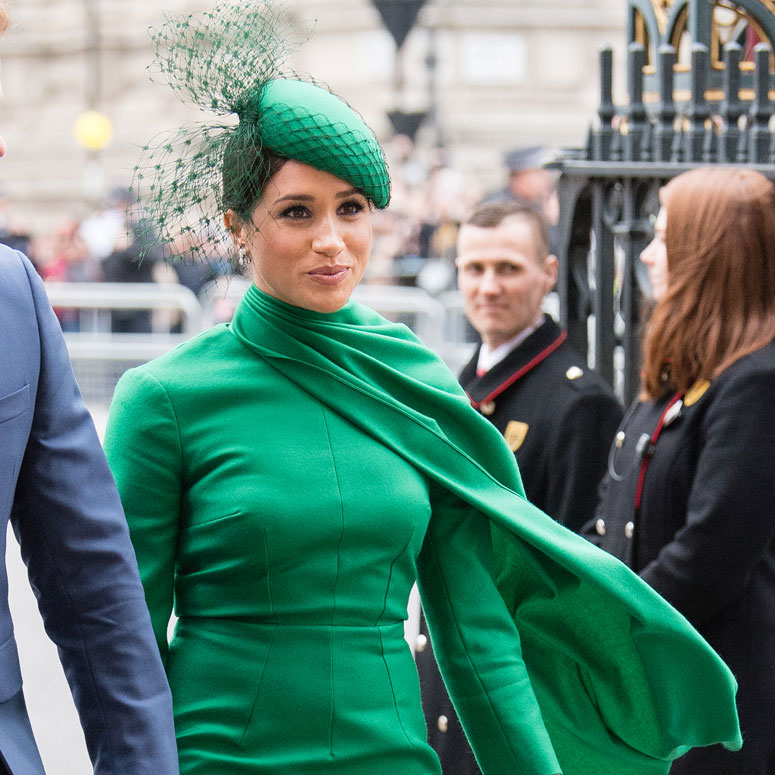 Are Meghan's fashion choices due to sleek styling, or has the Duchess of Sussex been inspired by someone else?
Denette Wilford 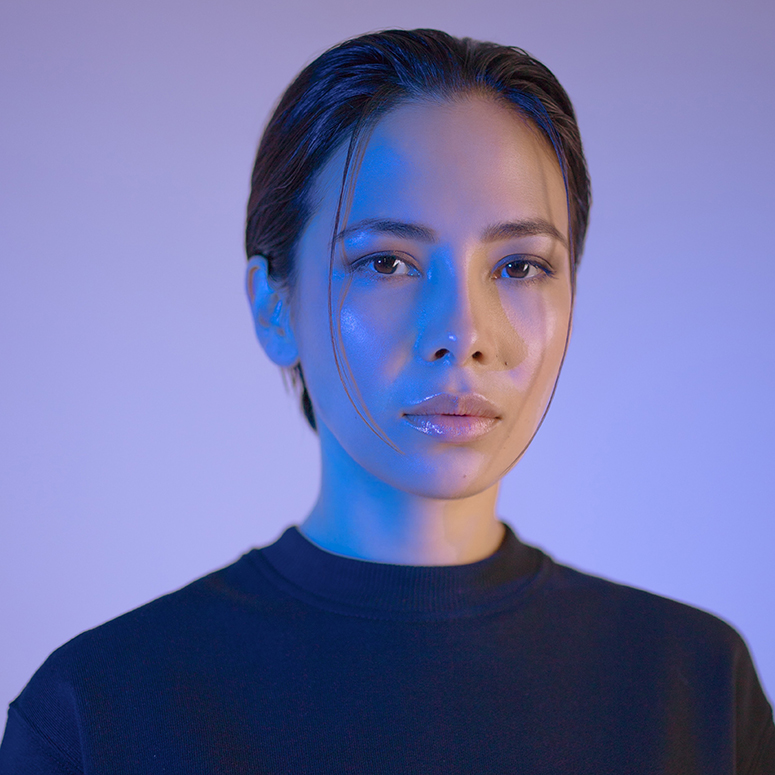 October 2020 Horoscopes: What the Stars Have in Store for Your Love Life and Career

Discover what's written in the stars for you this October.
Michelle Perrin 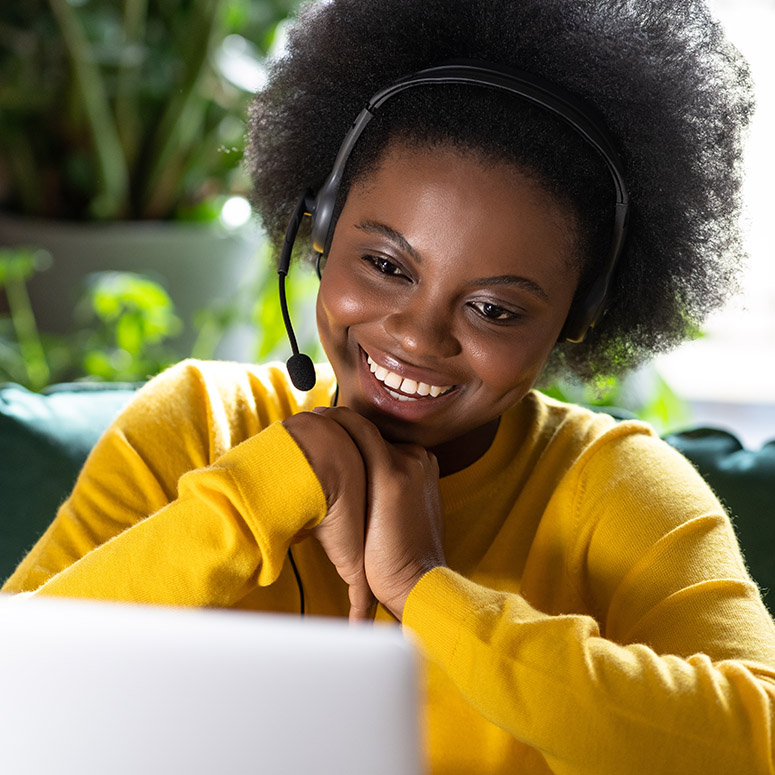 While you may have mastered how to prepare for an interview in the past, there’s now the added layer of selling yourself online vs. in-person.
Jennifer Foden What is the Net Worth of the Real Housewives of Potomac Cast?

See which Potomac housewife has bragging rights for having the highest net worth.
Russ Martin Pregnant Celebrities: All Stars Due in 2020 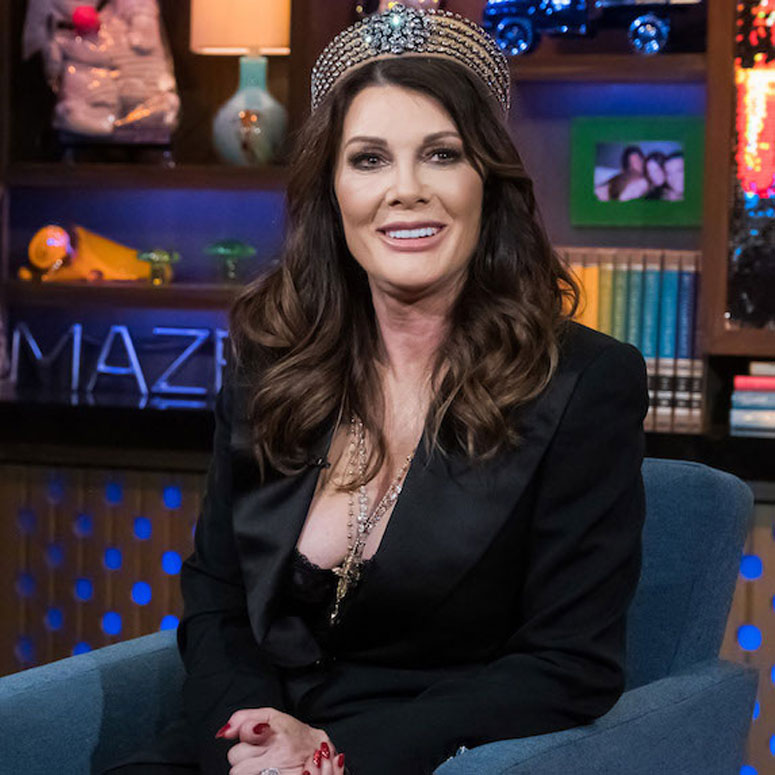 Our Favourite Real Housewives and Why We Love Them

Here are the Real Housewives that have captured our hearts, and why they have a special spot in them.
Slice Staff
ADVERTISEMENT