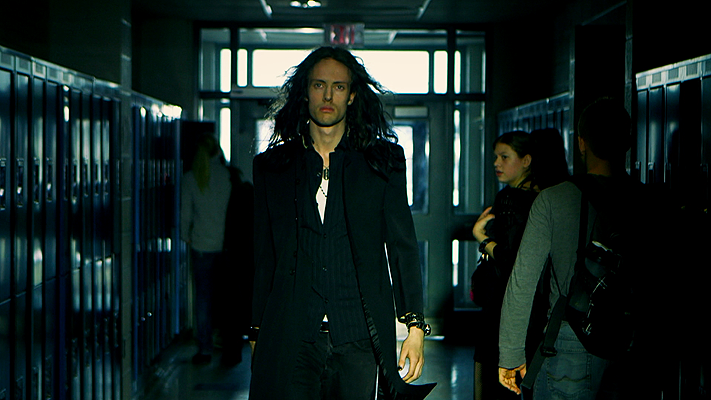 Charismatic Rod Ferrell is a troubled sixteen year old fascinated by the dark fantasy world of vampirism.  In Murray KY, Rod starts his own coven of teenage followers who meet regularly to drink, take drugs, have sex – and suck each others’ blood.  His lust for power, control and brutal violence spirals out of control. When he learns that Heather Wedorf, an ex coven member who lives in Eustis FL, hates her parents, a dark and twisted idea begins to grow in his mind. Rod and 3 friends drive to Eustis, where he and another of his disciples, Scott Anderson, bludgeon Heather’s parents to death in cold blood.  Rod steals the Wedorfs’ car, intending to drive his clan to a new life in New Orleans.  But the teenagers soon run out of money, and police catch up with the teenagers at a motel when one of them tries to call her parents.   A boastful Rod proudly confesses to the murders and in exchange receives a mandatory sentence of life without parole.